Ironclad Global Sports Management is delighted to announce that it’s client, Aydin Kodekov (6-1), will compete for the Rebel FC Bantamweight title. Kodekov, Ironclad’s first ever representative from Kazakhstan, will face off against Chinese talent Wang Shuo (10-3).

Kodekov, who penned a deal with Rebel FC this past month, comes in on the back of six straight wins, and has four first round finishes to his credit. A representative of Namys Fight Club in Almaty, Kodekov looks forward to the biggest challenge of his professional career under the Ironclad Global banner.

Wang Shuo is 1-0 as a Rebel FC fighter, and goes by the moniker ‘Little Whirlwind’. He will look to add to his own three-fight win streak, and make a successful first defence of a title he won at the expense of Japanese standout Shuhei Sakano.

Rebel FC 10 will take place from Moscow, Russia, and will represent the companies’ first foray into the European market. Founded in 2013, Singapore-based Rebel FC pride themselves on the highest values of live event production and bringing exciting and engaging MMA entertainment. 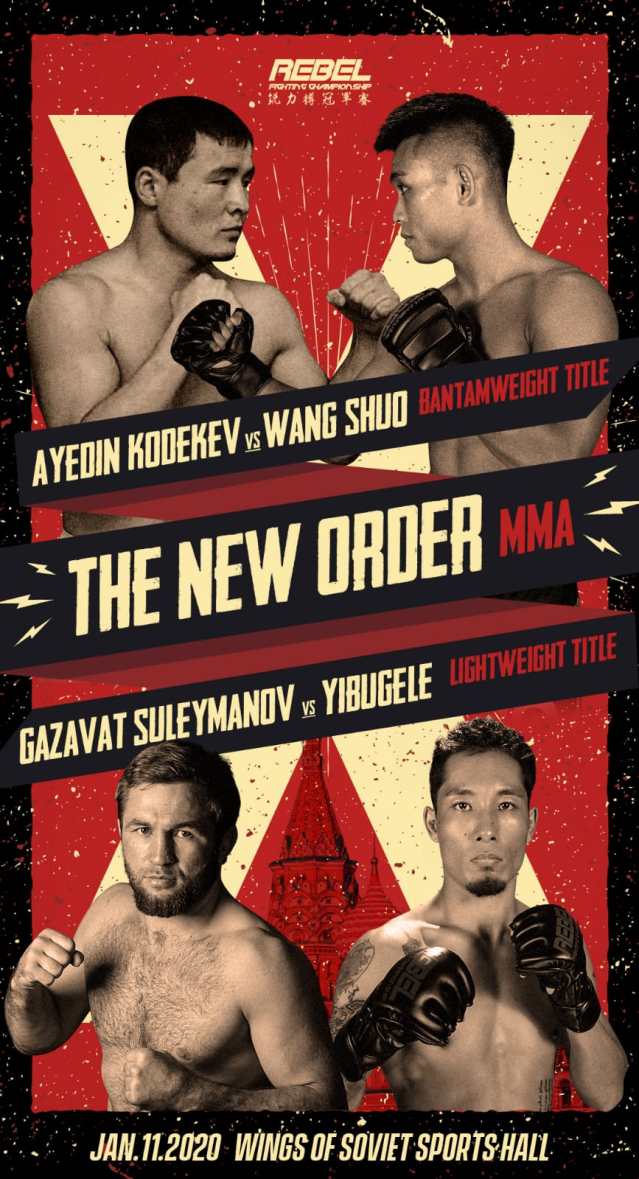